He had two objectives. While he pursued a personal childhood dream to be an engineer and "own machines", the broader vision was to start a business in a remote village and propel it into prosperity.

Pallikaranai was a tiny hamlet, hundreds of years old, largely forgotten by the world, across the Pallikaranai Marsh from Velacherry. It had no running water supply and no electricity. People there lived pretty much they had for several hundred years.

This is the only photo available of the site of the company when it was built in 1966. 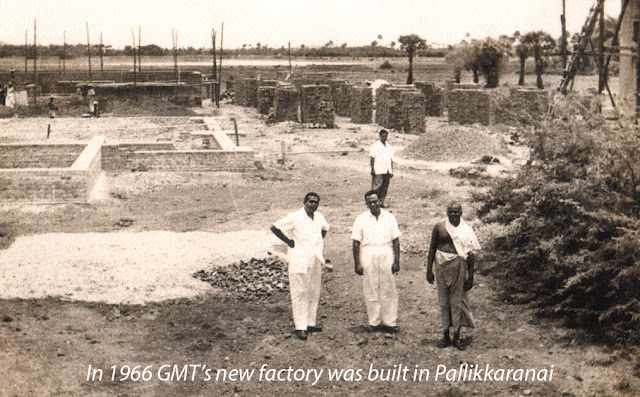 During the monsoon, parts of the track were submerged in the Marsh and water snakes would often cross it.

Once GMT was built, young local boys were employed, electricity and telephone lines came to the village, George set up his tea shop .... He flourished and grew, endless cups of hot boiled tea, were sustenance for generations of GMT's employees.


As the company grew and started employing people from across the marsh, bus services were started by the then PTC at the company's request in 1972.
PV succeeded in his dream in large measure.

PV came across the land quite by chance. Originally, he had picked a plot in Velacherry and then realized it was on the fringes of the great 400 hectare Pallikaranai Marsh, hardly conducive to a stable foundation. The amazing thing was that at the other end of the Marsh road he found this plot of land with probably the best possible soil for the foundations of a factory – rocky murram. GMT possibly stands on the only plot for kilometres around, which has this soil, so close to a giant wetland.

Here’s what Murram looks like; compare it with the next picture which is marshy soil. 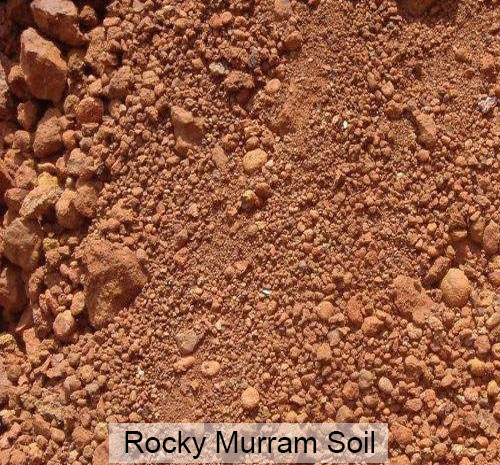 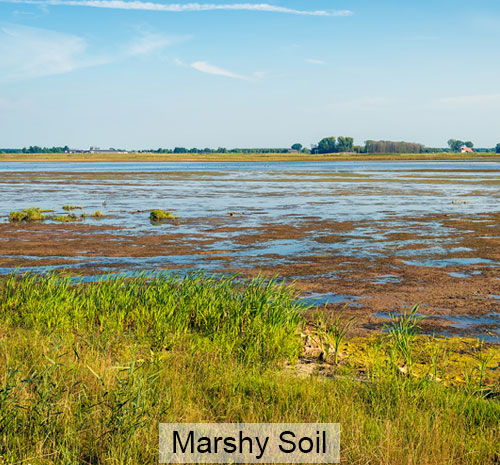 For a precision engineering factory, vibrations due to operation of machines and other external influences have to be minimum.

The factory used to be lit by tube light, the floor was dark with oil and coolant soaked in from innumerable spills from the machining and many of trial assemblies of special purpose machines, and the air was redolent of the smells of machine oil, coolant and grease.

Purchase of parts for machines was an enormous challenge. Nothing was available locally in Pallikaranai and all parts had to be purchased from Mount Road or George Town 30 kilometers away, and sometimes from Bombay or Bangalore.

So, purchase of simple parts often took several days… and then the excitement of each installation merited heated discussions and arguments, with the whole team pitching in with their own ideas on everything about the machine design, the commissioning problems and customer feedback.

Posted by webmaster at 11:21 PM No comments:

The Life of a Salesman: National Disasters and Selling Chucks

The Bhopal Gas Tragedy
Arriving in Bhopal
In 1984 I travelled from Delhi to Bhopal to visit certain customers.(BHEL, Omega, HEG and general visits to other customers in the area.) I boarded the Grand Trunk Express which left New Delhi railway station at 7.15 in the evening and was scheduled to arrive in Bhopal next morning at 5.15.

The train was halted at a station called Vidusha about 50 km from Bhopal. About 7'oclock I asked the conductor why the train is halted and  he told me there is some gas leak near Bhopal railway station, therefore the train had to be stopped. After about an hour or so we reached Bhopal station. When I got down at the station I was shocked to see a number of bodies lying on the platform with foam from their mouths. I did not realize what exactly was going on...Imagine the horror of picking my way over the bodies across the platform to go out! I picked up an auto to go to the hotel room.
The Bhopal Gas Tragedy was one of the worst  man-made Disasters of the 20th Century. See https://en.wikipedia.org/wiki/Bhopal_disaster

I asked the auto driver what the problem is, why so many people are dead on the platform. He said the previous night there was a leakage of gas from Union Carbide factory which is located not very far from the station. However, he advised me that this is a very serious issue; a lot of people have been affected and their eye sight have been affected, so why do you want to stay here, get into the train and leave immediately. By the time I reached the railway station again, the train had already left, so I took another auto and went to the hotel where I normally stayed in Bhopal. 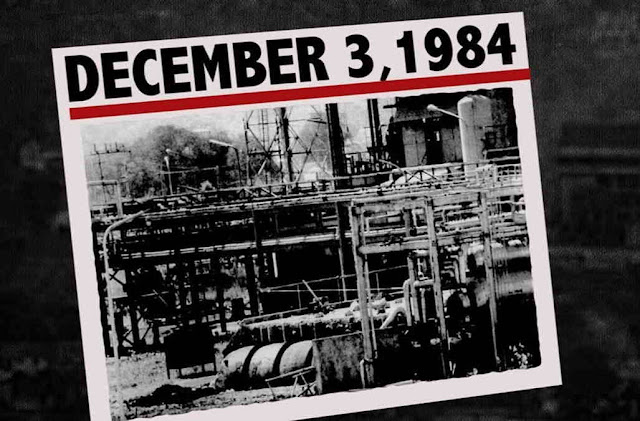 The lobby was completely deserted. Then someone came in and asked me what I wanted. I said I wanted to stay now. He said he didn’t want anybody to stay in the hotel because the previous night many had died and no one knew what was really happening. He relented when I said I have no other choice, as I have nowhere to stay. He accommodated me in a room and narrated why people lost their lives staying in the room...at midnight there was a lot of noise and the inmates of the hotel came out to see what is going on...they inhaled the gas and died including the people working in the reception area.
The Next Couple of Days
I decided to go ahead with my programme of visiting Bharath Heavy Electricals which was located quite far away from the city and was not affected by the gas tragedy...normal work was going on so I finished all my work and went to another customer called Omega. When I reached that place again there was a rumour that the gas had again started leaking; Pandemonium broke out people started running helter-skelter, but the Managing Director of Omega calmed everyone down -  he organised a vehicle and took all of us to a farm house which was located quite far from the factory. He invited me to stay with them, provided lunch, evening snacks and dropped me back late in the night at the hotel. Interestingly Omega have grown into a very large company and still buy our Hand Operated and HI chucks!
The situation in the city was not really conducive for work and I felt I had better return home. My family and boss where extremely concerned and worried for my safety. They could read the news, but Bhopal was a hot bed of rumours and disinformation, so I did not get a grasp on what was really going on. 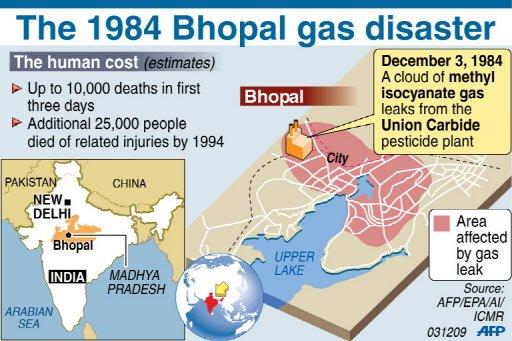 Remember those were the days of trunk calls where one had to book a call through the telephone exchange and wait for hours, and sometimes days for the calls to be out through! And not everyone even had a phone!! SO they could not contact me easily.
So I stayed for 2 more days because there was no other choice, tickets were not immediately available and booking counters were closed, and returned to Chennai as soon as I got a ticket.
The Way We Were:
Looking back on it, I realize that I did not panic at all, and just went about my work. I did not even realize that I was in danger. While my boss and family were desperately trying to contact me, I went about my work and did not worry about the fact that in disaster struck Bhopal, I was unable to contact headquarters to report the day’s work. We were trained to be that way in GMT: No panic, do what has to be done next : THE SHOW MUST GO ON! I realize now that I too could have become dangerously ill, but then that’s the way we were in those days!

CHECK OUT THE WEBSITE OF THE SURVIVORS OF THE TRAGEDY
https://www.bhopal.net/what-happened/the-immediate-aftermath-1984-1989/

Posted by webmaster at 2:23 AM No comments:

So What’s a Surface Plate?

To my many friends here, (In fact someone asked me) who do not know what the technical terms mean… Lathes…Surface plates??

A lathe is a machine which “turns” cyclindrical components very accurately. This means that the cylindrical part is rotated and a cutting tool removes material along its length.

This process has been in use for, literally, thousands of years. It was used to produce wooden parts and the process has been refined from holding large logs between to two trees.  A modern lathe, though, is a sleek, computer controlled machine, which can produce many thousands of parts in a day.  More on lathes in another article..

What is a Surface Plate:


These are simply reference datums for measuring objects. The surface is flat to within a few thousandths of a millimeter along its entire surface. Any object that is made in engineering, is made to a very precise size specification. Before sending a product out, a manufacturer needs to know that the size is within specification. More than anything else, he needs a perfect plane on which to place the component, from which to commence measurement of the product and this plane is provided by the surface plate. Of course the measurements themselves are carried out using other instruments and tools, but no matter how sophisticated the measuring instrument, we need a near perfect datum surface.

Posted by webmaster at 10:50 PM No comments:

Posted by webmaster at 11:11 PM No comments:

Making Smart Factories A Reality For Manufacturers: Smart factories are the future of manufacturing but what is preventing them from being a reality on shopfloors today?

Re-blogged by GMT
Posted by webmaster at 12:22 AM No comments:

How Boeing Transports Their 100-Foot Wings Through Washington

How Boeing Transports Their 100-Foot Wings Through Washington: Transporting one of Boeing’s massive 100-foot wings 70 miles through the state of Washington takes three different vehicles.

Re-blogged by GMT
Posted by webmaster at 12:20 AM No comments: